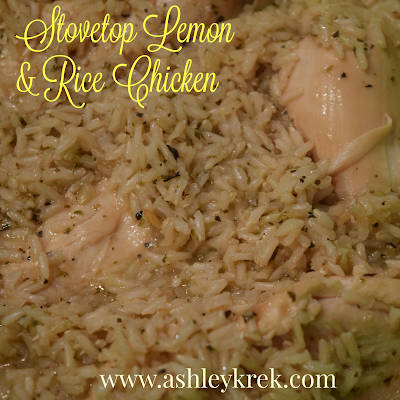 Trying new recipes is one of my favorite things to do, but it can also be a bit scary when you take that first bite - will it be good or will it be better to forget it ever happened and make a quick replacement dinner instead (for those nights, when they unfortunately happen, I make sure to always have tilapia on hand - it's easy, tasty and healthy!)

Last night for dinner I tried out a new recipe that looked like it should be a for-sure winner.  It included all my favorite things: chicken, lemon and rice!  Could it ever go wrong?

Well, no.  And yes.  Somewhere right in the middle of those.

The chicken was fantastic; it was moist, easy to make and had just enough flavor.  The rice on the other hand... that had a LOT of flavor.  We're talking a lot a lot.  As we were eating I commented that I thought it had a bit too much lemon, but Jake disagreed and thought it had just enough.  A couple minutes later we realized that while I was eating little pieces of chicken with the rice, he was only eating the chicken and then planned on moving to the rice.

Let's just say that when he tasted just the rice for the first time he came around to my way of thinking in a hurry!

We agreed that the recipe was good enough to try again, though, so I'm going to share it with you today using our tweaks we discussed - let me know what you think if you try it! 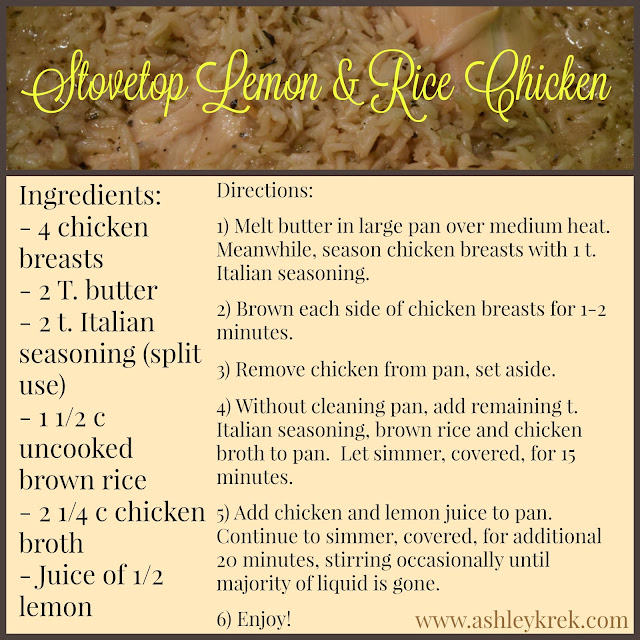 The recipe I've shared above is, again, a little bit different than the recipe that we tried, but I think the changes I made will make it better for both Jake and I.  Let me know what you think - and if you make tweaks to this one!

Posted by Unknown at 7:26 AM
Labels: Clean Eating, Recipe