I would make a calendar for him of Bonnie Ann dressed up as a different character from a TV show or movie each month.  I had seen it done a couple times before, so I wanted to try it out!

Over the next couple weeks I'm going to add all the pictures to the blog, but for now I'll give you a list of what I did as well as the first month's pictures!

January: A pink lady from Grease
February: Gladiator from Gladiator
March: Minion
April: Munchkin from The Wizard of Oz
May: Pebbles from The Flintstones
June: Daryl Dixon from The Walking Dead
July: Baseball player from A League of Their Own
August: Jax Teller from Sons of Anarchy
September: R2D2 from Star Wars
October: Tinkerbell
November: Walter White from Breaking Bad
December: Hogwarts student

Most of the costumes I made myself, but some of them were easy enough to just buy pieces for from the store.  That's what I did for the pink lady and I think it turned out great!

For this costume I put some black sparkly leggings on her, a black onesie and a pink light jacket.  It was super easy to put together and I think it is easy enough to recognize.  For the calendar itself I photoshopped 'Pink Ladies' onto the back of one of the pictures of her jacket so it made it even more easy to figure out.  Although I think she's adorable, this isn't one of my favorites of her costumes just because it was so basic.  What do you think? 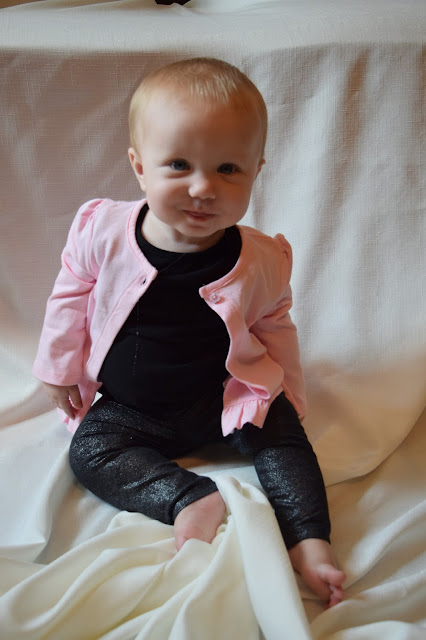 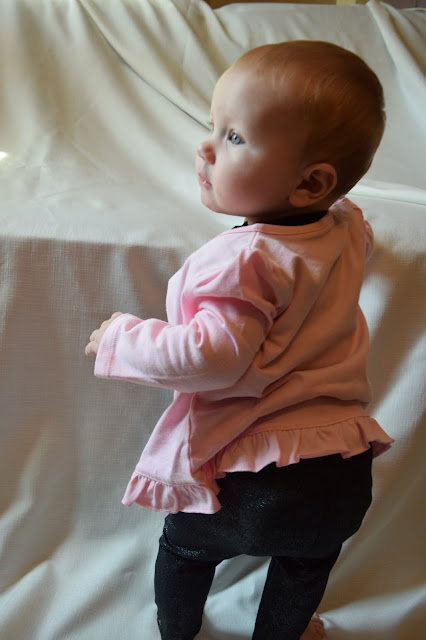