Well, it's official!  Bonnie Ann is on the downhill slide to turning a full year old and Jake and I simply can't believe it!  It seems like it was just a couple months ago that we were bringing her home from the hospital for the first time.  At the same time, though, I can't imagine life without her!  Thus far this first year of her life has been so exciting and fun - I can't wait to experience the rest of it and celebrate her first birthday! 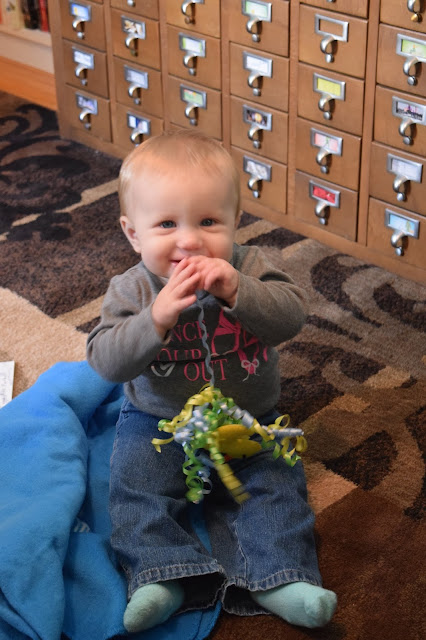 For now, though, I'll look back on the last month. 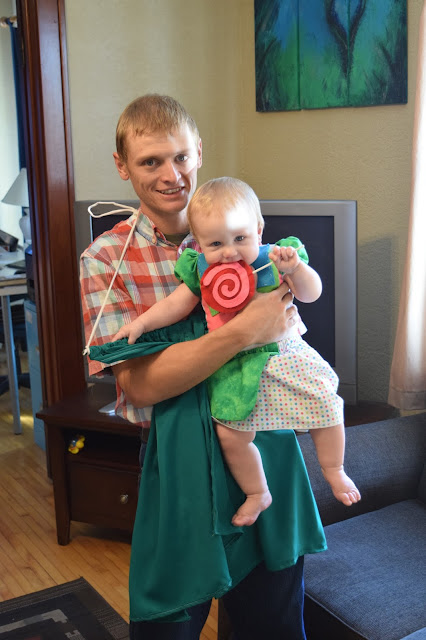 This is Bonnie Ann as a munchkin from The Wizard of Oz with Jake as the man behind the green curtain.  We had a Wizard of Oz party with everyone dressed up which was a ton of fun!  Bonnie didn't get to keep that felt lollipop for long though - she kept trying to eat the stick part which seemed like an accident waiting to happen.  So we snapped a couple pictures and then hid it :) 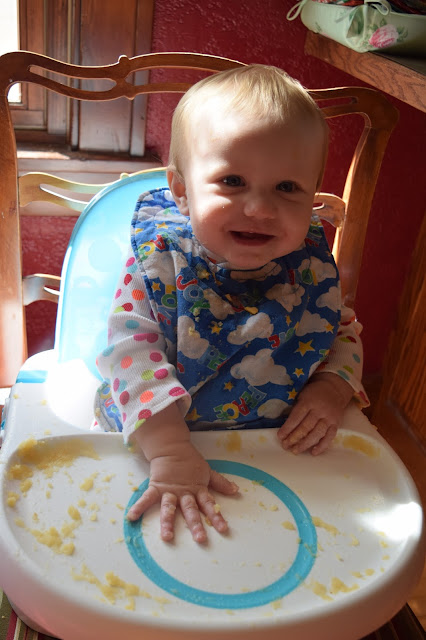 This past month Bonnie Ann started having a lot of fun with pointing at things.  She'll point at us, at pictures in books she's looking at, at noises that startle her or on things she notices across the room.  She's a fan of it and I must say, it's pretty darn cute!

She has also become a sucker for cuddles - and Jake and I are happy to oblige!  She will come over and rest her head on your knee, or just cuddle in and rest while you're holding her.  She just loves being held (and we're enjoying it too!) 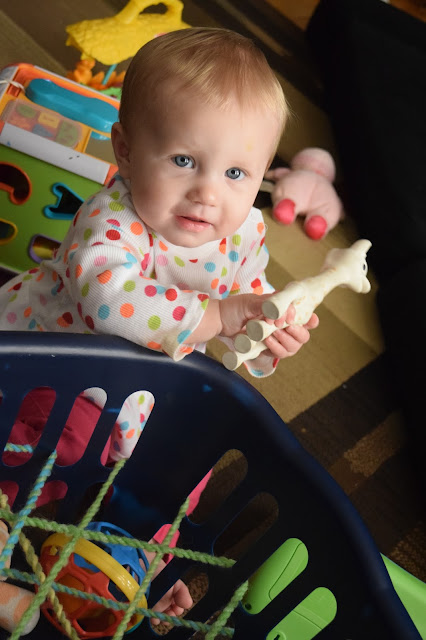 In the beginning of October I ordered a bunch of French baby books and we have been having a ton of fun reading those.  She's even been bringing them to Jake for him to read to her - I guess she likes them! 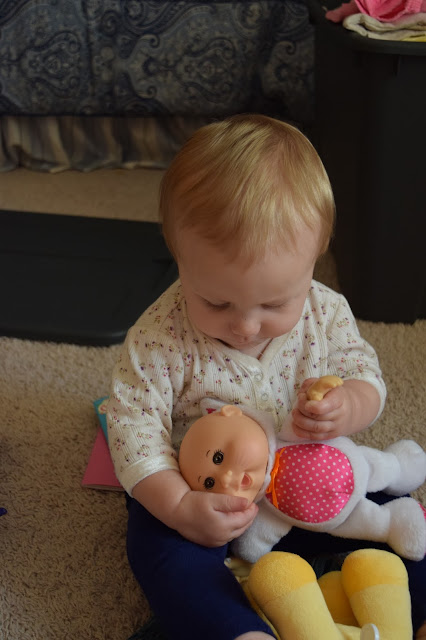 She loves testing her balance by standing on her own, and on October 17th she really tested her balance by taking her first couple steps!  That night we were home and playing a game of putting toys in my hand after I asked for them.  We did that for a long time (20 minutes or so?) and she was cracking up.  Then she got bored, and since I had just read A Paris Apartment (review to come this week!_ I turned on Les Mis songs and set my phone on the couch.  She had to see what was up there!  She stood up on me and then took a step or two.  So I propped her in front of the couch and a foot away.  She repeatedly took a step or two forward and was SO proud!  Laughing, giggling, PROUD! 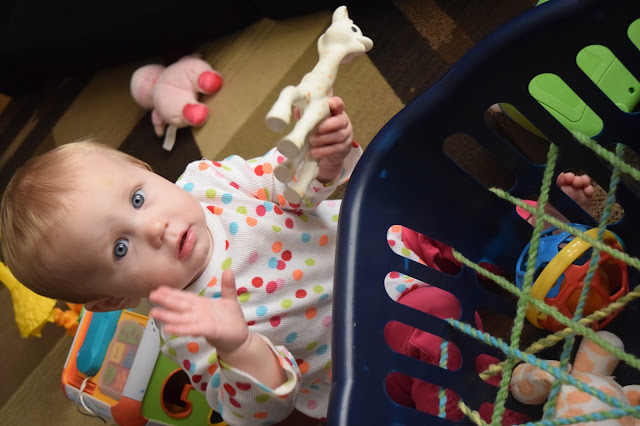 Along with walking and pointing, she has also started waving!  The first couple days she would do the backwards wave with her fingers pointing towards herself, but it didn't take long and she flipped her hand around and waved like we do.  Now she will wave goodbye or just wave for fun! 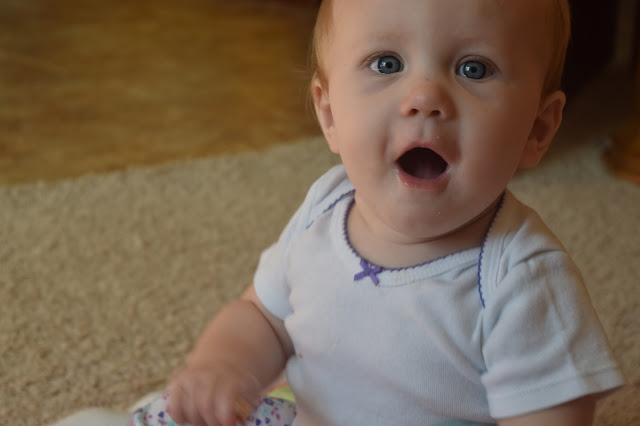 On the 27th Bonnie had her first big fall and it scared me half to death!  One minute she was standing up just fine and the next she had plopped to her butt and bit the inside of her lip in the process.  I wasn't sure what she had hurt until a little while later, but I knew she had done something because she was screaming her lungs out and her mouth was full of blood - not something I ever wanted to see!  Luckily it wasn't anything bad, though, and it wasn't long until she was crawling around and playing with Jake and I. 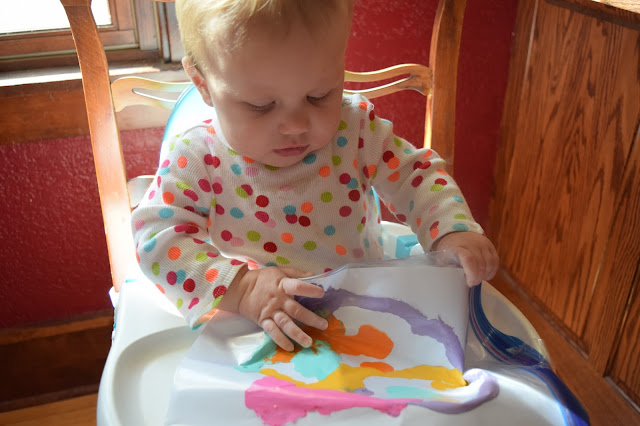 Her first art project - an easy, clean way to finger paint by putting a paper with paint inside a plastic bag.  She wasn't too sure about it, but it was fun to play with for a little bit.

Eleven months - it just doesn't even seem possible.  In just a month I'll be back posting about her turning a full year old - aaah!  It's going by too quickly!