What I Read: The Martian

It had been a loooong time since I sat down and read a fiction book, but when I was walking through Barnes and Noble last week I saw a display case that was overflowing with the book The Martian by Andy Weir.  The movie based on this book is coming out in a couple weeks, and I've been wanting to see it (I'm a sucker for a natural disaster/weather movie, but combine that with Matt Damon and put it on Mars?  I'm there!) 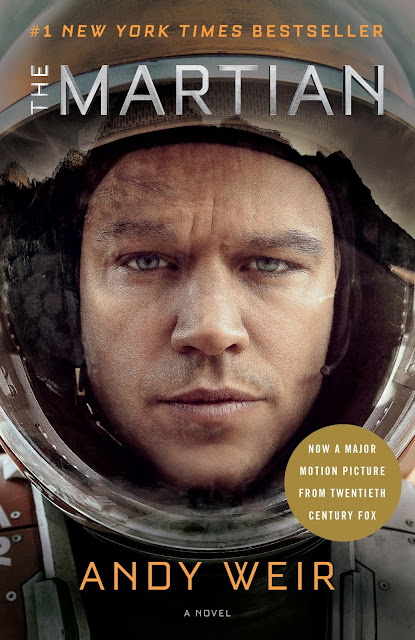 I try and read the print versions before seeing the film version if I can, so this seemed like perfect timing!  The first time I went past the display I thought about just looking for it at the library, but by the second time I walked past I decided to just pay the money and get it right then.  I went the cheapo route, though, and bought the $10 paperback!

That was some of the best money I've ever spent!  This book was AWESOME and I seriously couldn't put it down.  Although I wanted to see the movie before, now I need to see the movie!  Matt Damon as the main character makes complete sense to me.  While reading I could already see him in the role.  Mark Watney, the guy stuck on Mars who is trying to find a way to survive, is sarcastic, funny and a bit rough around the edges at time; I think Matt Damon will be perfect for it! 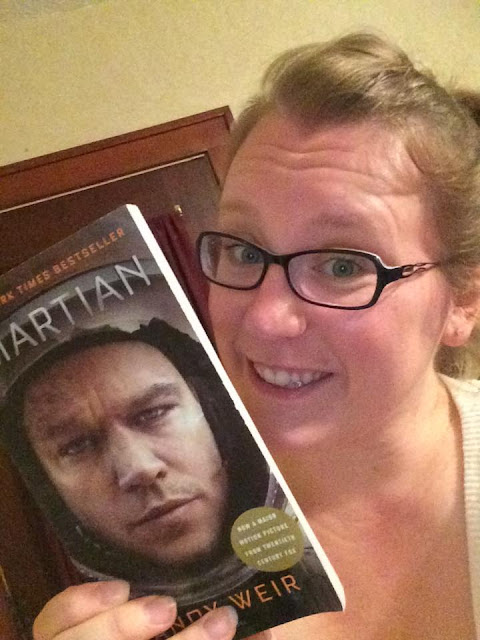 Although the science of the book sometimes (okay pretty much all the time) was way over my head, I just took it at face value and accepted what was written.  Andy Weir wrote it, though, to be easily read by non-scientists.  Whenever Mark mentions something he's going to try he will do the scientific explanation and then break it down to the basics - this was handy for me!

I loved him as a character, I found the writing to be easy to follow and the story kept my attention from the first to last word.  Definitely was a guy to root for!

If you haven't already read this book, I highly recommend it!  Two very enthusiastic thumbs up, and if Bonnie Ann weren't already sleeping I would make that four thumbs up.

Have you read it?  What did you think?

Posted by Unknown at 9:07 PM
Labels: Books, What I Read