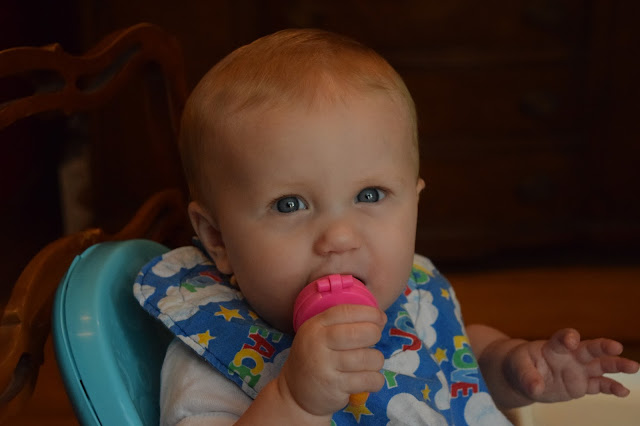 Nine months!  This post is quite late, but this has been a busy couple weeks so I'm falling back on the whole 'late is better than never' idea!

It blows my mind to think that Bonnie Ann is officially nine months old!  She's now spent as much time outside the world as she did growing inside me - crazy! 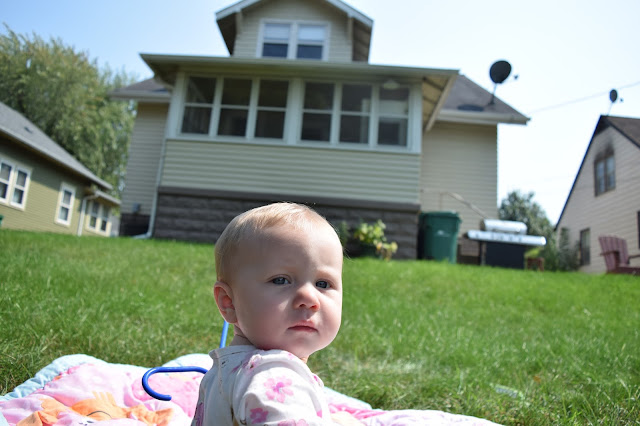 Though it might sound cheesy, I can honestly say that I am honored and so, so proud to be able to have this little girl as my own.  Her joy, her exploring and her little 'pat-pats' she does when I'm holding her absolutely make me melt. 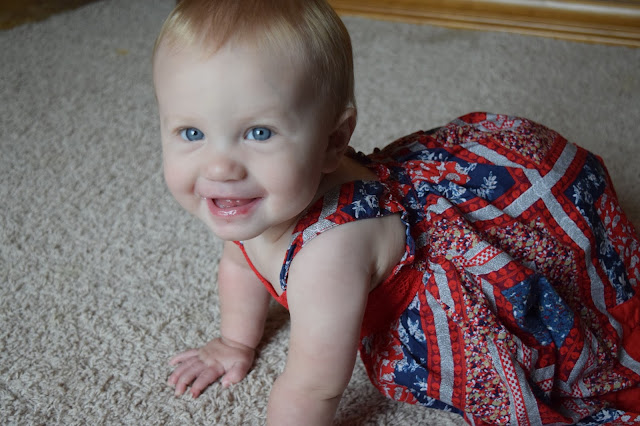 At nine months she is crawling all over the place but the only thing she really wants to do is to start walking.  She hasn't stood on her own yet, so I think we're still a bit away from walking time yet, but it's definitely getting closer!

Her 'pat-pats' are one of my favorite things ever.  When you're holding her, she will just pat your arm a bunch of times as if she's saying 'good job, buddy!' I'm probably putting thoughts into her head that she's not really thinking, but that's what it makes me think of.

She is also such a little explorer!  Her favorite things are straps, cords and anything similar.  She will play with the strap from her highchair for an entire afternoon if I let her (okay, that's probably an exaggeration, but she does love those straps!)

Bonnie Ann has started to find her voice, but she hasn't yet matched it up to words.  She will say mamammaa and dadadda along with lalalala, babababa and just random noises, but I don't think she knows yet what she's saying.

When she does, though?  I can't wait for it! 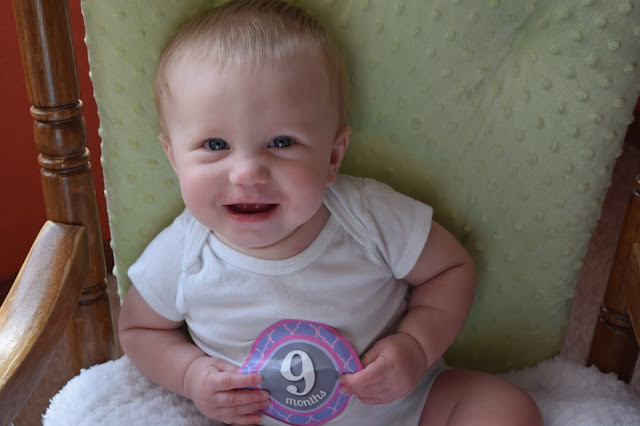 Her schedule is still pretty similar to what it was before.  She will normally wake up between 630 and 730, take a nap around 10 for two hours or so, and then another nap around 4.  Bedtime falls around 8 or 9 most nights, and then we repeat the next day!

Finger foods are becoming more popular every single day.  She loves those Gerber star-shaped things, but she'll eat almost anything that we give her to try.  She always wants to have one in her mouth, one in both hands and one she can see waiting for her - I guess she's a growing gal!

Bonnie Ann and I have been working on a project for Jake's Christmas present and I am SO excited to give it to him - I think he'll be a bit fan!  For now, though, I have to keep that cat in the bag!

Since this post was written so late, there are only a couple weeks until she's 10 months old - gaaaah baby, slow down a bit!!!

Posted by Unknown at 7:48 AM
Labels: Bonnie Ann, Memories