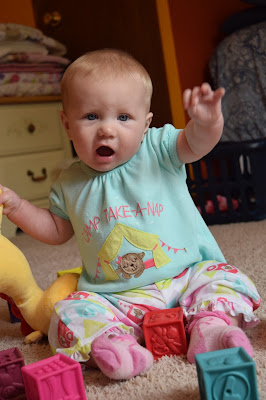 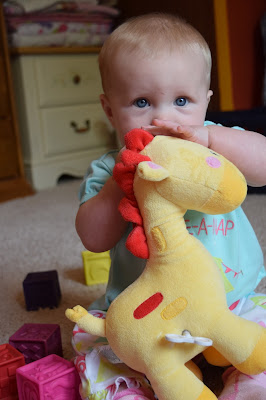 Someone, please pinch me so I know this is real.  We officially have an eight month old in our house!  I swear it was just last week that I was writing about Bonnie Ann turning seven months old, and now here she's gone and aged another month already!

The last month has been a lot of fun and we have definitely been kept on our toes.  Bonnie and I had our first stretch of time apart from each other when I went to Nashville for Beachbody's Coach Summit.  I was gone from Wednesday through Sunday and when I got home all I wanted to do was snuggle that little lady! 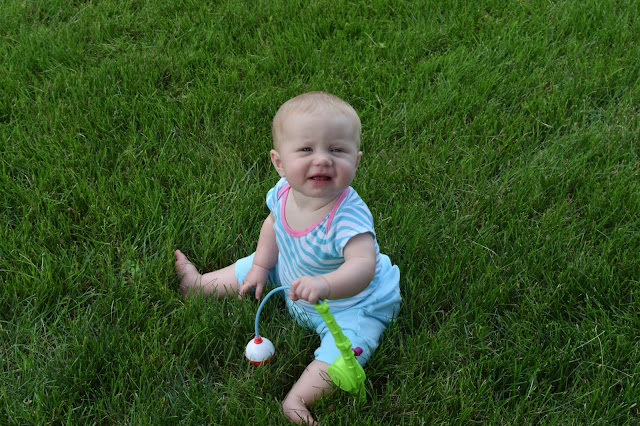 Over the last month she has cut three new teeth - three!!  Let's just say there has been a lot of drooling going on around here (No joke.  There has been a lot of it!)  The new ones are her top front teeth and her top left-of-center tooth.  They're not completely grown in, but they've made an appearance so the chewing she had been doing in the beginning of the month has slowed down a lot.

Bonnie Ann has also become quite a crawler!  It was a couple weeks ago that she started to pull herself forward and she's getting better at it every day.  It's still a bit of an army crawl, as she hasn't quite figured out how to move forward while holding her belly off the ground, but she's getting there!  She can rock herself back and forth while on her hands and knees, so I think she'll be full-on crawling soon. 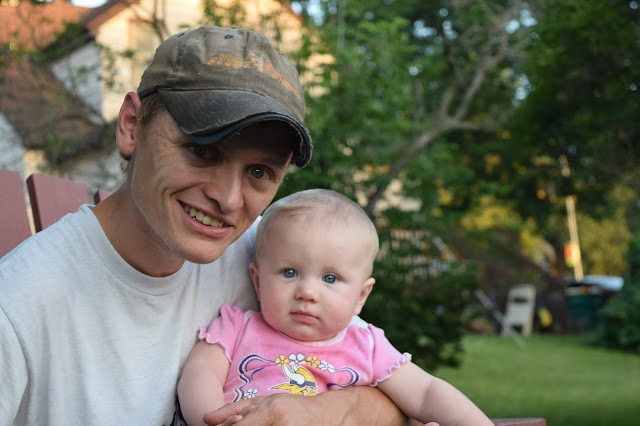 Clapping has become her favorite thing to do lately.  Jake and I both clap with her fairly often, and it always cracked her up when we would clap her hands for her.  Slowly but surely she figured out she could do it by herself and now she loves it!  I might just be a proud mom, but I think she's starting to learn the pick up on what the word 'clap' means, because if you ask her to clap she will do it most of the time.  Hard to say for sure, though! 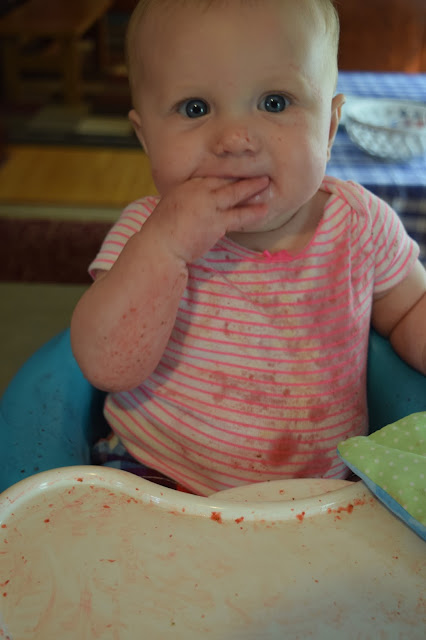 Bonnie has been trying out a lot more food and she's doing great with them.  Sweet potatoes, carrots, cherries, apples, peas, nectarines, peaches, grapes and pears are just some of the things she's tried.  She loves having fruit in those mesh grippers and feeding herself.  Frozen cherries when those teeth were coming in were a lifesaver! 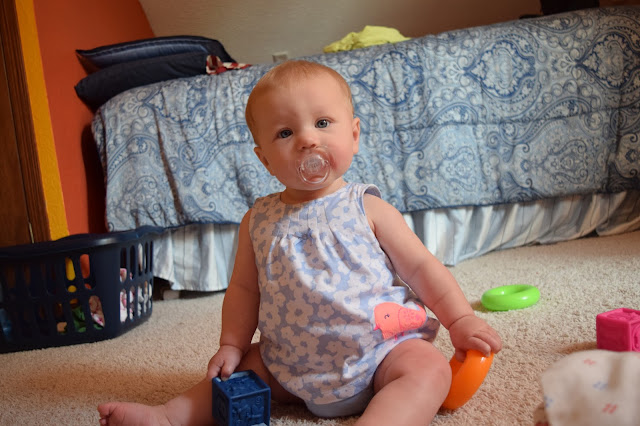 Six month clothes are still fitting, but nine months are also worn fairly often.  When she was first born I couldn't imagine her filling out nine month clothes, but I know she'll be growing out of them soon.  Aaaah time, slow down! 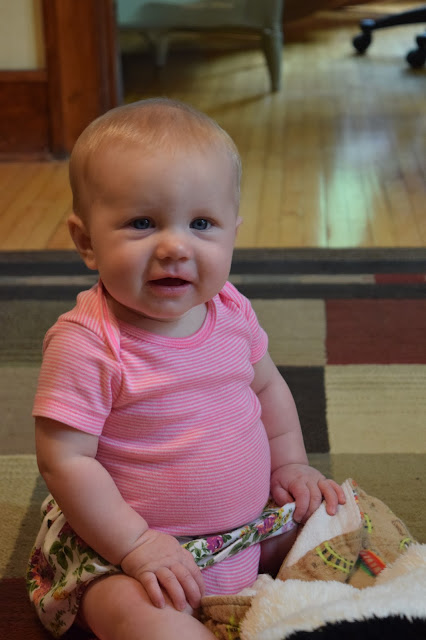 Along with clapping and crawling, Bonnie has been learning how to pull herself up on people and hold onto something to balance herself so she can stand on her own.  I think we still have a while until she's walking, but I know she's interested in figuring it out!

Her babbles are starting to sound more like actual speech, too.  Instead of the baby grunts and groans,they're turning into recognizable noises that sound like actual speech.  Da-da-da-da is the most common so far! 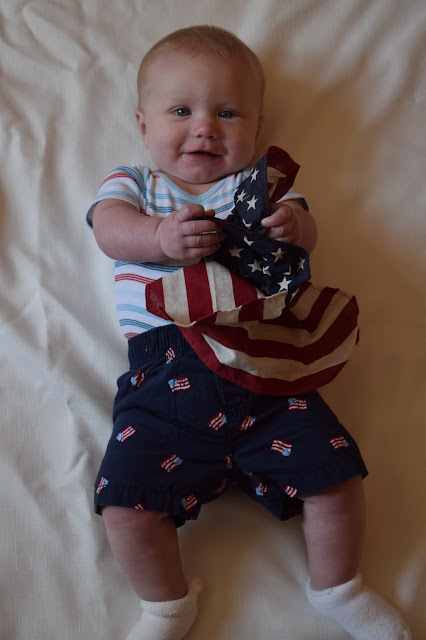 I can't believe Bonnie Ann is already eight months old - but I know the next month will fly by as well, and before I know it I'll have a nine-month old! I'm excited to see what the next month has in store for us!

Posted by Unknown at 9:16 AM
Labels: Bonnie Ann, Family, Memories