Here we are at week 35 in this pregnancy - it's starting to get down to the wire!  At only 5 weeks left until my due date, I look around at all the work we have left to do and I wonder how it will ever get done.  Then I remind myself that all the work will never be done - there will always be more I'd like to do and that's life!  For now, I can rest easy knowing that if this little one decided to make an early entrance, he or she would have a house to come home to, the love of their family, clothing, diapers and two parents who will be there to take care of him or her.  And really, what else does a little one need?

This past week has been so much fun and also very busy!  On Saturday I woke up at my parents', met a friend for coffee (though if I'm being honest, neither of us actually had coffee.  I had hot apple cider, he had tea.  But saying coffee is much easier than explaining it.  Which I guess I just did anyway.  Oh well!)  When I got back to my parents' it was time for my second baby shower!

The weekend before was a shower for Jake's side of the family; this shower was thrown by my sister and friend for our side of the family and elaborate circle of friends-turned-family.  It was great to be able to see people I haven't seen for several months (and, in some cases, even longer!).  The shower was fall-themed and it was adorable!  There were pumpkins, scarecrows, comfort foods of fall and even a hay bale :)  This baby, Jake and I were incredibly spoiled with all the gifts and love we were given and it was just an awesome day.  I got to round out the day by hanging out with the family for the rest of the evening, and on Sunday I made my way back home!

Monday afternoon was my next check-up at the ob and everything seems to be in order so that was great!  My blood pressure has been consistently low (not too low, though) throughout this pregnancy, but before each appointment I always get a bit of nervousness - will today be the day it shoots up??  So far I have been in the clear, though, so that's great!  I have one more appointment scheduled for two weeks after that appointment and then we move on to weekly appointments (crazy!!!)

The rest of the week was pretty low-key, but I was perfectly fine with that!  Jake and I did sneak out on Tuesday evening for a movie date to see The Equalizer with Denzel Washington.  It was a great movie - high suspense, action and a good storyline as well!  We ended up in a bit of a mini-debate over who we'd rather have backing us in a scary situation: Liam Neeson or Denzel.  I'm a HUGE fan of Liam Neeson's, so of course I went with him.  Jake chose Denzel - so between the two of them we should be covered in case anything crazy happens! 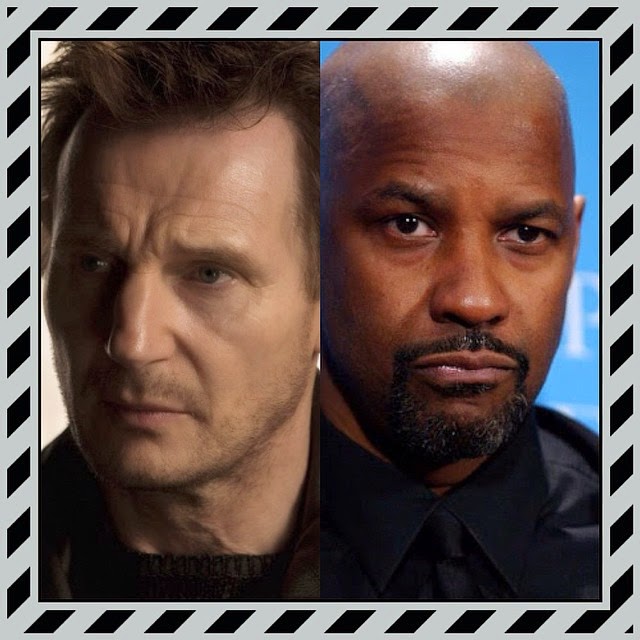 I'll be completely honest here and say that Wednesday and Thursday night saw me in bed by 8:45.  This is much earlier than I'm used to, but for whatever reason I was just so much more exhausted than I have been.  In a couple weeks my nights will be determined by an infant rather than myself, so I let myself enjoy the luxury of going to bed whenever I felt like it - and it was great!  I'm beyond excited to meet this little one, but I'm going to enjoy these last couple weeks I have without having an infant to take care of - because pretty soon that will be my number one focus!

I almost forgot to include my emotional meltdown of the week (yep, I'm a crier.  I have no shame in admitting it).  Before Jake left for work one day, he was watching the documentary Blackfish on Netflix.  Blackfish is about a whale named Tilikum who has killed 2 (or possibly 3) of its trainers.  The latest fatality was at Sea World, where Tilikum still performs.  The documentary explored the world of whales in captivity and the impact it has.  I only caught the tail end of the show, but Jake explained an earlier part of it to me: a man told a story about years ago, when people were first tracking and collecting whales to be put in captivity.  They came upon a pod of whales and got the smallest one separated from the rest of the group - this is the one they would be capturing.  While the smallest was being taken, the rest of the pod was stationed around, watching as one of their own were stolen (if there were a whale version of Liam Neeson, he'd be on the case - and the thieves would have some explaining to do!)  The thought of a whale family wanting to save their young and not being able to do so put me completely over the edge - one more time I found myself bawling over an animal!  First cows, then a mouse and now a whale - what'll be next?!

Here I am as of 35 weeks: I wonder if my belly profile will change much over the next month?? 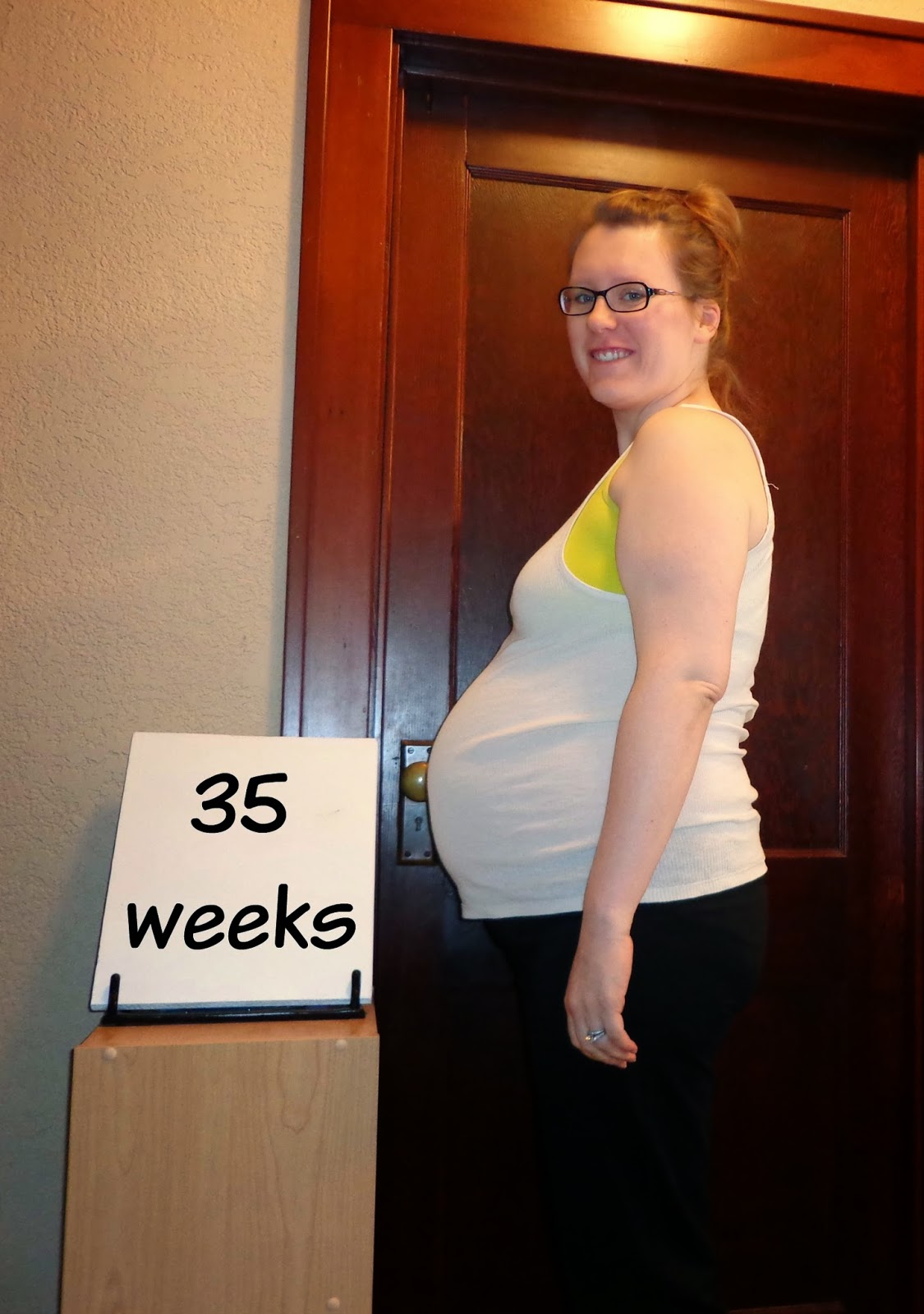 Posted by Unknown at 10:59 AM
Labels: Pregnancy