What I Read in July and August

In looking back at the blog, I just realized that I never did a "What I read in July"!  Well, here I go for July and August - and in a couple weeks I'll be sure to do a post for September (in a couple weeks it will be October - is that even possible???)

For now, though, here's what I read in July and August! 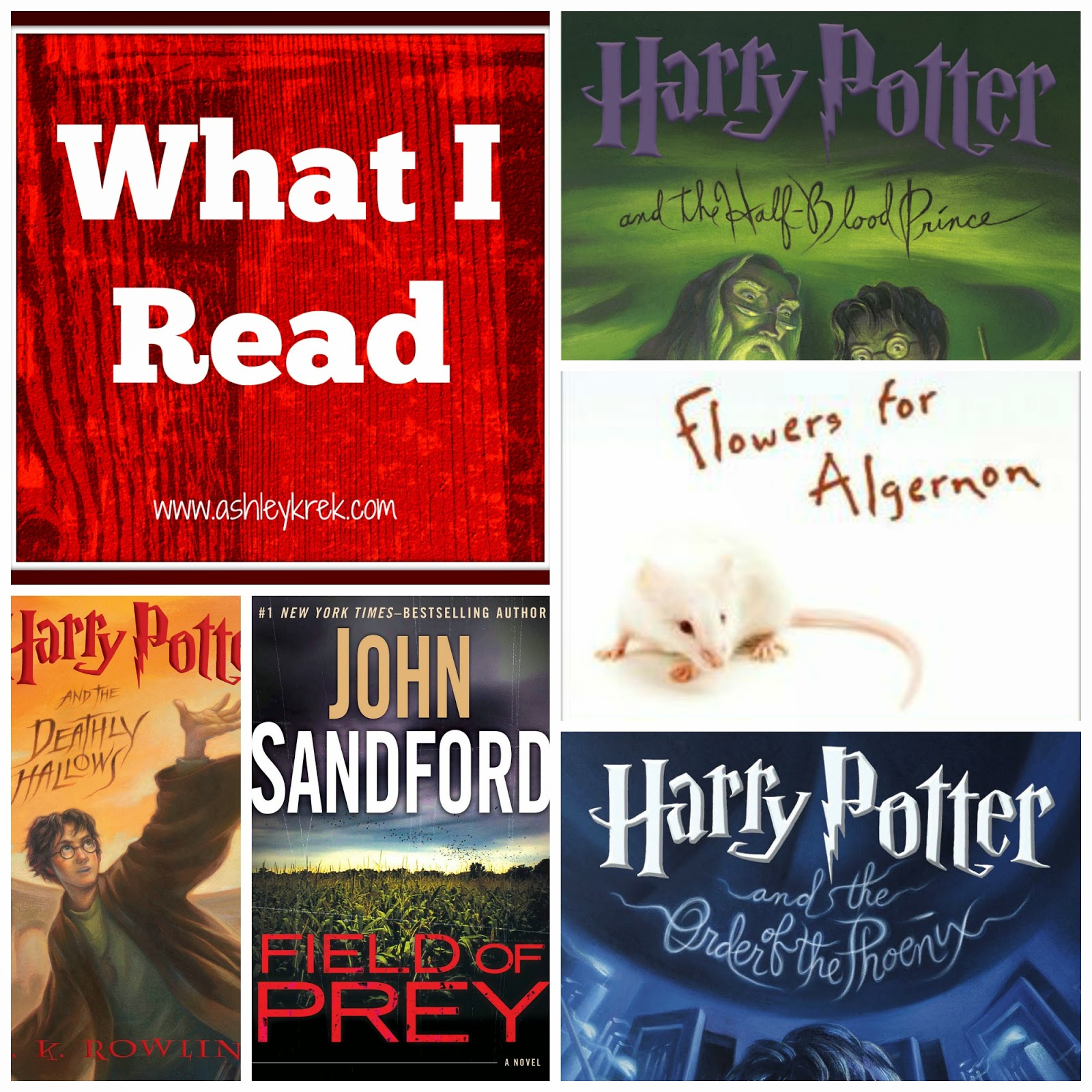 Harry Potter and the Order of the Phoenix - J.K. Rowling 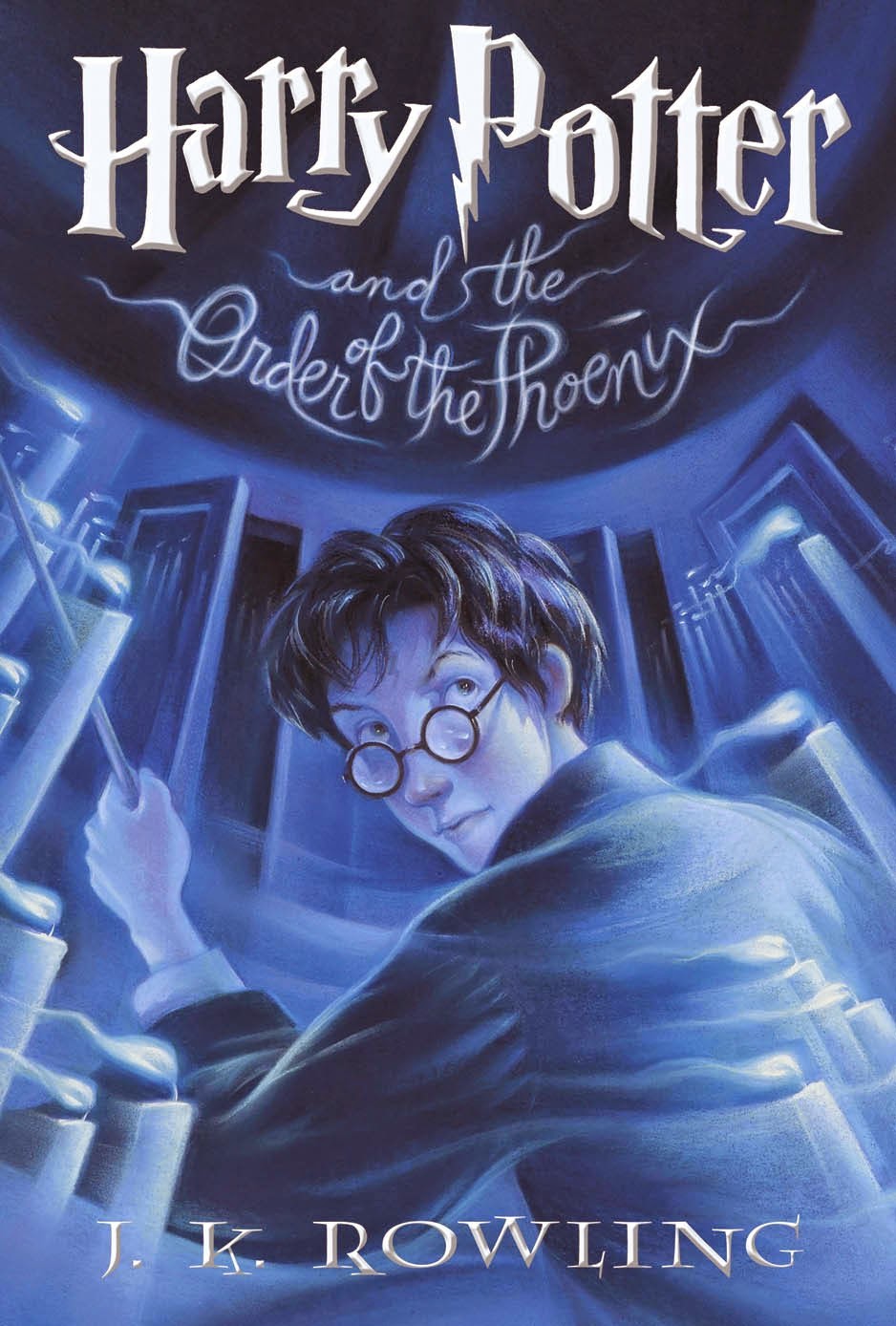 Harry Potter and the Order of the Phoenix is the fifth book in the Harry Potter series and it marks the beginning of the major build-up to the grand finale that is the Deathly Hallows.  When the book opens we see Harry and his cousin Dudley attacked by dementors and the action doesn't slow down.  The Order of the Phoenix, a group dedicated to defeating Lord Voldemort has been re-instated and the Ministry of Magic takes a large amount of control at Hogwarts.  This books introduces us to what might be the most hated character of the entire series (yep, even more than Voldemort, if that's possible) - Dolores Umbridge.  In fact, I'm not sure that I have ever hated a character more than I hate Dolores - she is the every bad teacher and authority figure you've ever met, heard of or seen in nightmares rolled into one.  The story follows Harry and his friends through another year at Hogwarts, and at the end Harry learns about a secret prophecy that foretold the hatred and fear Voldemort would have for a young boy born in July.

I thoroughly enjoyed re-reading this book and I found myself learning and realizing so many things I had missed before!  The first four books, although Harry does face Voldemort, are not nearly as dark or foreboding as this and the subsequent books are, and I enjoy the more adult/mature writing style and storyline.
Harry Potter and the Half-Blood Prince - J.K. Rowling 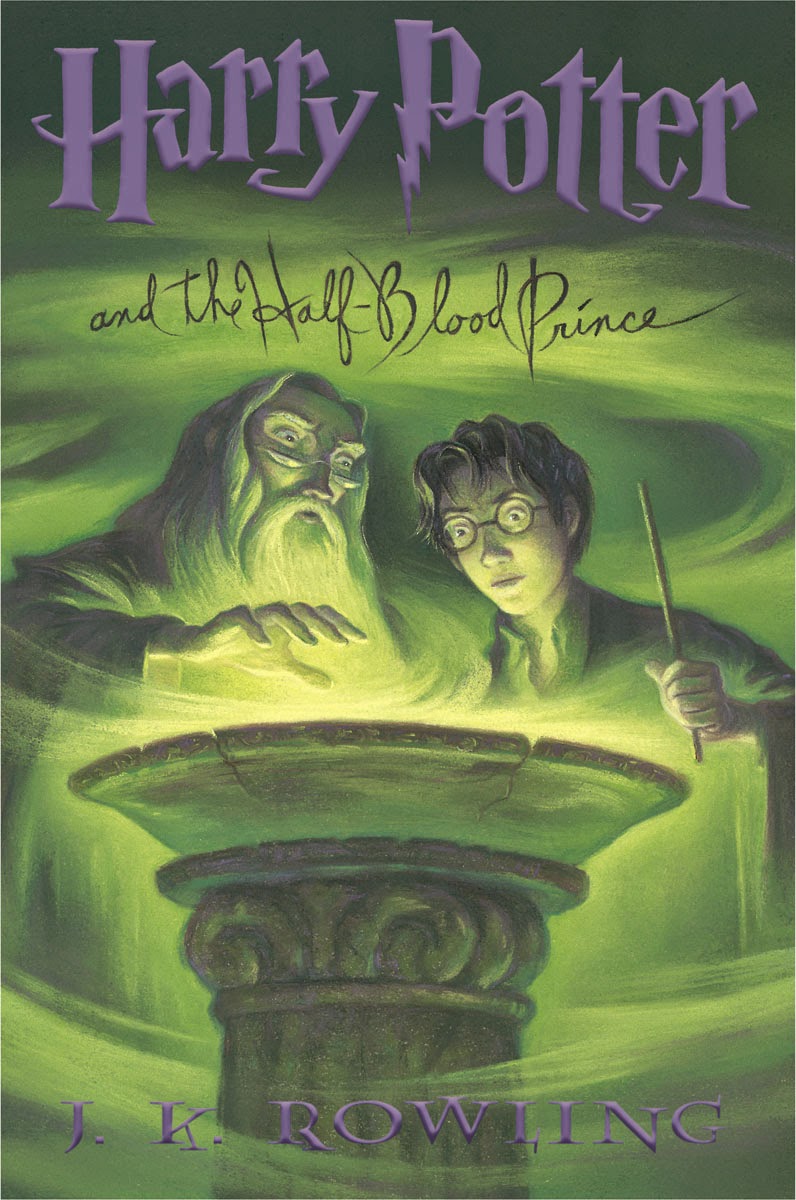 Harry and his friends are given a huge shock this year upon returning to Hogwarts - Professor Snape has finally been granted the position of Defense against the Dark Arts and no one is really quite sure why Dumbledore had this change of heart.  Harry and Ron are then allowed to enter Potions for their sixth year under the newest Hogwarts professor, Horace Slughorn (they had not done well enough at their exams the previous year for Professor Snape to allow them to take Potions, but Professor Slughorn is more than happy to have the famous Harry Potter as his student).  Because he had not purchased a textbook, Harry borrowed a school copy, which just happens to be the property of the self-named "Half-Blood Prince".  With the help of the prince's many notes, Harry becomes a star student in Potions - but at what risk??  Dumbledore also meets with Harry individually to give him more information on his past, Voldermort's life and what is in store for him.  A shocking death occurs at the end of this book that leaves Harry, Ron and Hermione reeling but also fiercely determined to take action.

Reading this book was incredible!  I have read all of the books more than once, but I am pretty sure I somehow skipped this book in some of my re-reads - I honestly couldn't remember what happened next in the storyline half the time!  That made this book, for me, more exciting than the previous five had been - I felt like I was reading it for the first time! 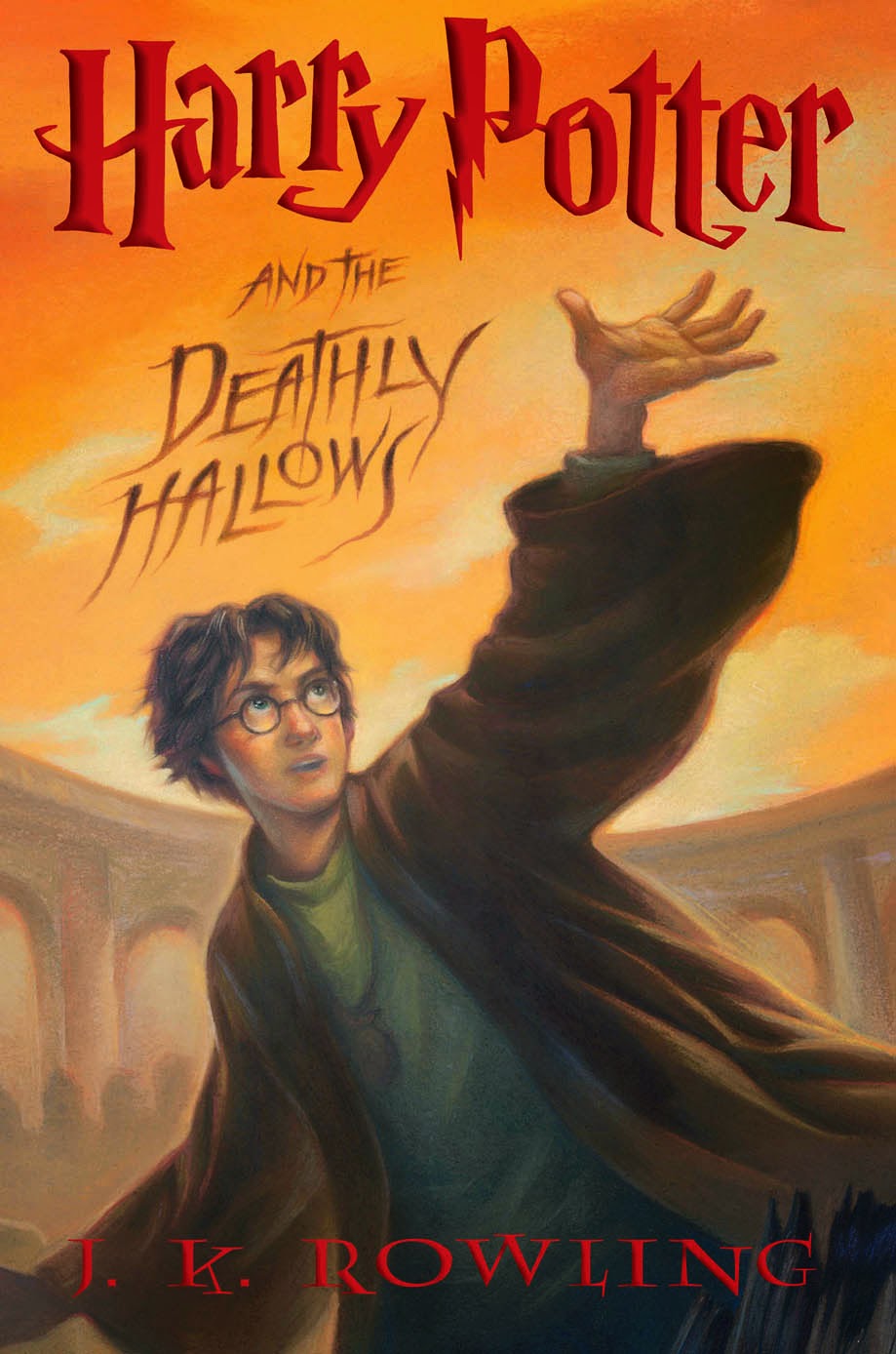 This is it.  Book number seven and it is over.  Death and life.  Friends and enemies.  Courage and cowardice.  All those things are present and they all play a huge role in how the series ends.  I will stop my story-telling there, in case anyone reads this who hasn't yet read the book's finale (or seen the two-part movie finale).

This book never gets old.  It is always just as exciting, nerve-wracking and fun to read as the first time. 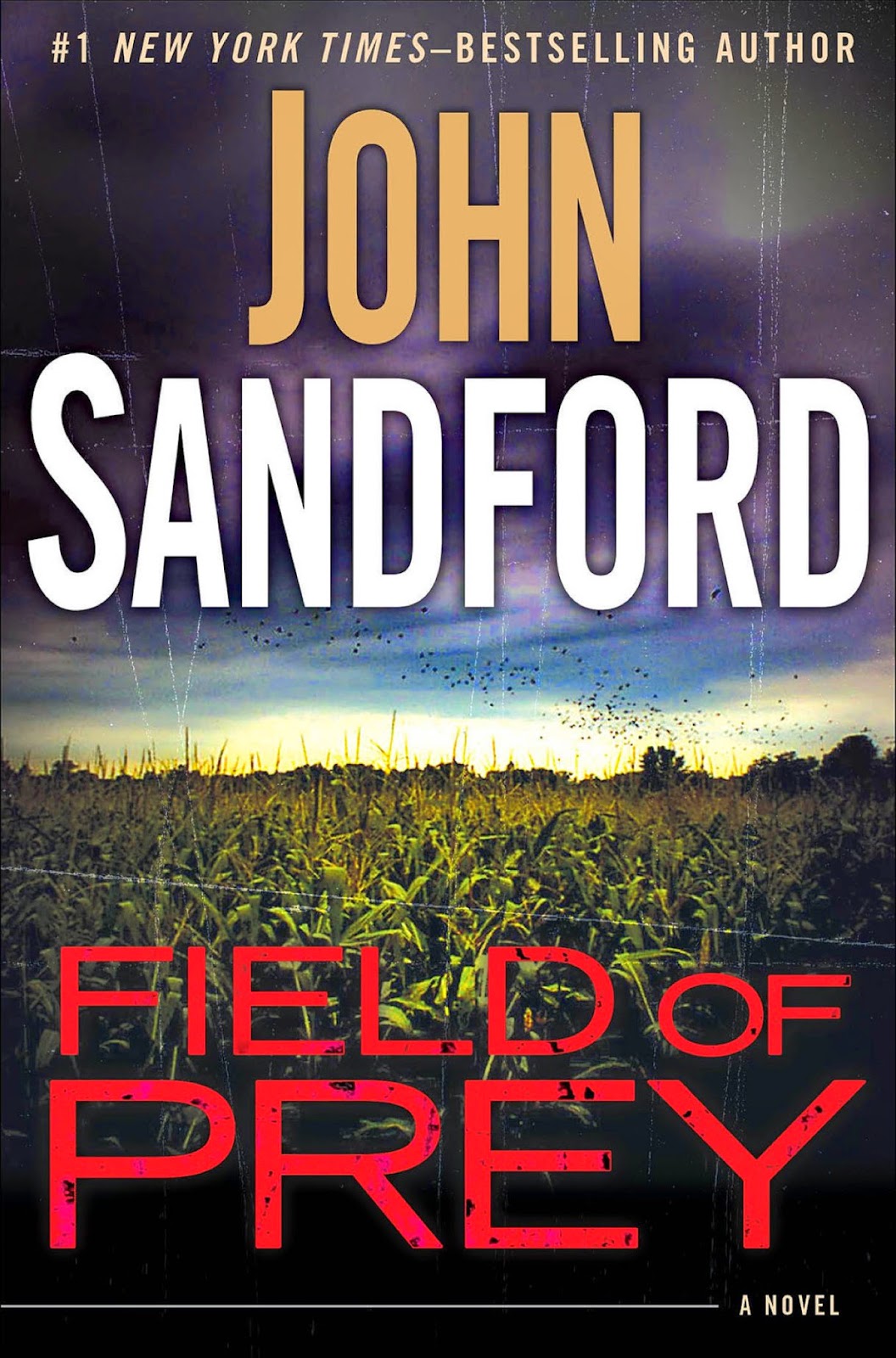 I will be 100% honest - as much as I love Harry Potter (and I do) it was nice to be able to move on to a completely different story.  This book by John Sanford was about as far from Harry Potter as you can go.  Set in southern Minnesota, it is the story of law enforcement trying to track a serial killer after the remains of more than 15 women were found in an abandoned cistern.

This book kept me on my toes and kept me interested from start to finish.  It was chosen as a book in the book club I am in and it was a successful choice!  There were twists none of us saw coming and there were things that hit very close to home.  Set in southern Minnesota, Field of Prey often mentioned towns close to home - which made it a shade creepier than it might have been otherwise!

Overall, I would rate this a 3.5/5.  It was exciting from start to finish and there was a twist that I'm still reeling from!
Flowers for Algernon - Daniel Keyes 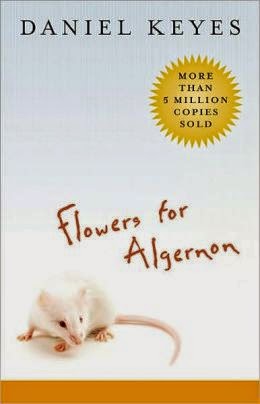 After finishing all seven Harry Potter books and the book club book for this month, I decided to go searching in my library for a book that I never got around to reading - and Flowers for Algernon was top of the heap.  Algernon is the name of a mouse who has been given an experimental surgery to boost his intelligence - an experiment that seems to have worked and is a success.  Algernon can beat mazes, solve puzzles and is absolutely going beyond what a normal mouse could accomplish.  After seeing the successful transformation in Algernon, the scientists decide to try the surgery on a human.  Charlie Gordon is a young man who wants to learn, wants to succeed and wants to be 'better' than what he is - so he jumps at the chance for the surgery.  The story is told through journal entries of Charlie Gordon and the reader can see first-hand just what a difference the surgery makes for Charlie.  His writing improves, his spelling is fixed and he writes of things he couldn't have even thought of previously.  Slowly, however, it becomes clear to the scientists and Charlie (who has, by this time, even surpassed their intelligence) that Algernon is beginning to revert back to a typical mouse.  Will this happen to Charlie, too?  What lessons can be learned from the process - and was Charlie better off before the surgery ever happened?

I really enjoyed this book.  It was a quick and easy read and it kept me intrigued from beginning to end.  There were some parts that made me cringe, some that momentarily broke my heart and some that had me smiling from ear to ear.  I felt like this was a book you can't not talk about; I told my husband, coworkers, family and anyone else willing to listen about the book and what I thought of it.  I'm still torn as to how I feel about Charlie and his transformation(s), and I'm very interested in watching the Academy Award-winning film Charly, which is based on the book.  Has anyone read it?  What were your thoughts?

I'm going to rate this as a 4.5/5 - I enjoyed it and it really made me think and reflect on a lot of things!

Posted by Unknown at 6:00 AM
Labels: What I Read