Two weeks in a row I have been able to stay on top of updating - I call that a WIN!  I feel like I say this every single week, but it blows my mind that I have hit week 30 and only have ten weeks left until my due date.  Each week seems to go by quicker than the last, but at the same time it feels like ten weeks is still a lifetime away.  I am getting anxious to officially meet nugget - but of course want him or her to stay in for a while longer.  It's a mess of emotions, I tell ya!

It feels like a long time coming, but I can FINALLY report that we have actually started to make some headway on the nursery!  On Sunday Jake and I cleaned out the extra stuff that had accumulated in the nursery, moved the full length mirror and my dresser from there into our bedroom (actually, Jake did the heavy lifting.  I watched!)  and we took all the electrical/cable/phone covers off the wall and dismantled the wire shelving in the closet.  Jake did the closet while I tackled the covers.  As simple as that might sound, it was truthfully a project in and of itself.  This house has a TON of electrical outlets - way more than is necessary, but it is nice to always have a place to plug in!  I got on a bit of a roll apparently, because after Jake had started painting (I removed myself for this part and watched the Vikings game) he asked my why I removed the outlet covers from the ones on the ceiling... oops!  The upstairs of our house has slanted ceilings that follow the roof line, so it's common to have outlets on the ceiling - and I guess I just forgot about the fact that Jake wouldn't be painting it!  I was just being thorough, I guess :)

The progress made in the nursery was the most exciting baby-related news of the week, but I'm okay with that!  It is such a relief to know that we have at least started it - I was starting to get anxious!  Now that we've made some headway it's just a matter of time before the nursery is done and little one is here to enjoy it (though I fully realize that he or she couldn't care less what their room looks like in the beginning).  Either way, I'll be happy with the room and maybe that's the most important thing at this point :)

The bump just keeps growing - here it is as of week 30! 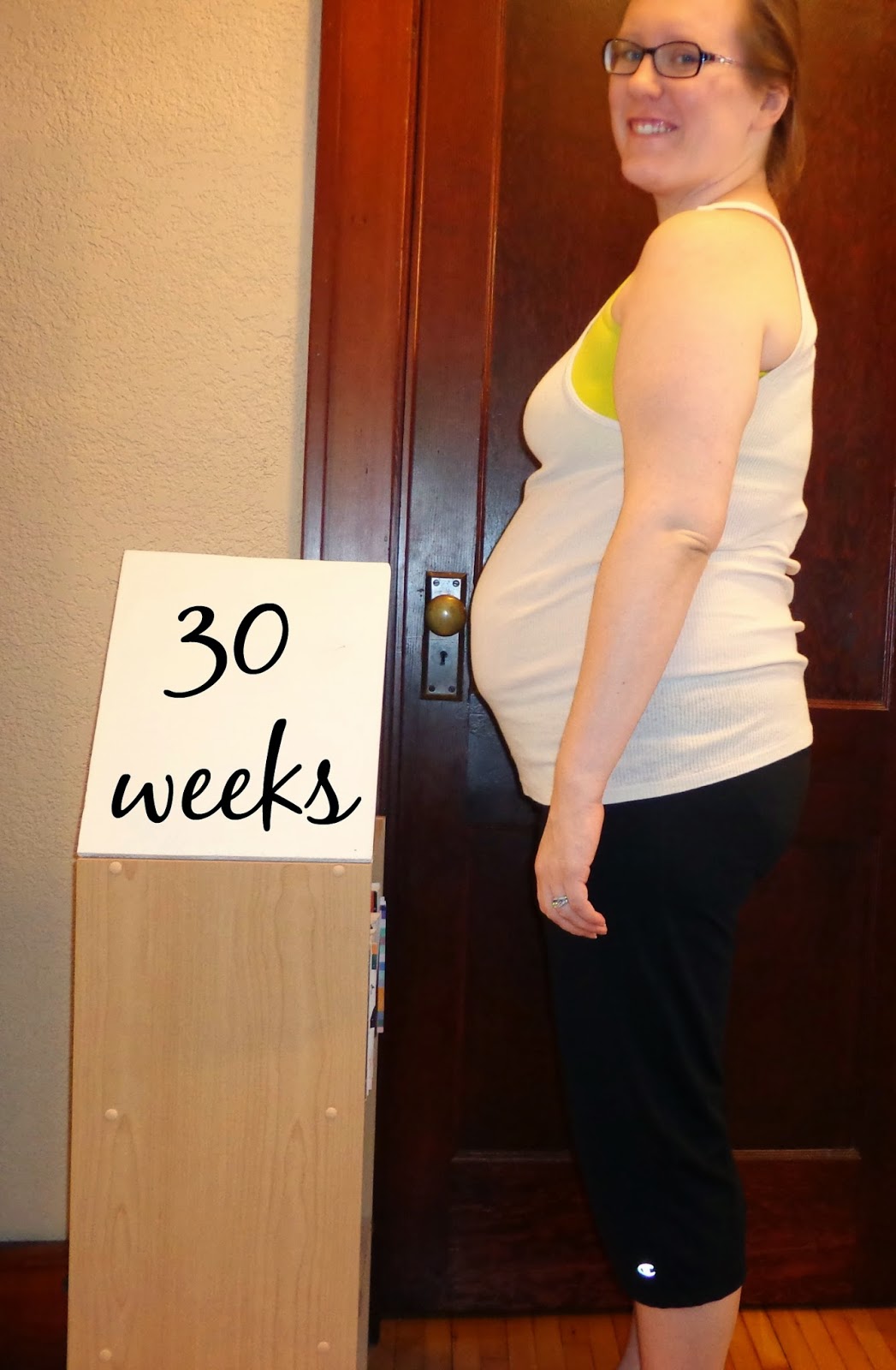 Weight: I still haven't replaced the batter, so I have no idea!  Monday I have another ob appointment, though, so I'll be able to see the difference over the last two weeks then. Without even knowing my weight, though, I just feel big.  I don't think I have gained an inappropriate amount of weight, and I think it has pretty much settled around my belly (and a bit in my face), so I'm not saying this in a "ohmygoodness I feel fat" type of way.  I just feel big!  It's more difficult to move around and even flipping from side to side in bed is getting frustratingly difficult.  It will all be worth it though!
Sickness: No sickness and I am glad for that!  The fatigue that I had been feeling has mercifully lessened and so I'm feeling much more like a human and less like a robot.
Cravings: Nothing!
Food Aversions: Nope!

Clothing fittings: The maxi dresses and my maternity pants are still my go-to pieces of clothing and I am perfectly happy with that!


Sleep: The pregnancy pillow has been incredible - I couldn't be happier that we made the decision to splurge on it.  I sleep with it every night and it is the best sleep I could hope for!  I still get up two to three times a night but it doesn't really even bother me any more - I'm used to it after this many months.  I have noticed that it's getting a bit trickier to roll over and get out of bed but I'm making it work :)
Movement: Baby has been SUPER active this week and I am perfectly happy with that!  It seems like Nugget will participate in a two minute boxing match (that feels more like a rolling match lol) and then take a break for a little while - just to start back up again later.  I haven't had the painful punches or kicks that so many people mention, so for now I'm just enjoying knowing that little one is practicing for Insanity or TurboJam in there :)
Emotions:  Another week without a breakdown - I feel like super mama!
Workouts: The workouts made a reappearance!  With the fatigue of the past couple weeks finally easing up I got back into the workout zone and loved it!  A little bit of Les Mills Combat was exactly what the doctor ordered!  I am, however, SO looking forward to getting back into the swing of things with my workouts!  Beachbody just announced a new program called Insanity Max: 30.  It's by Shaun T and it's bound to be incredible - I can't wait to be able to get started with it! 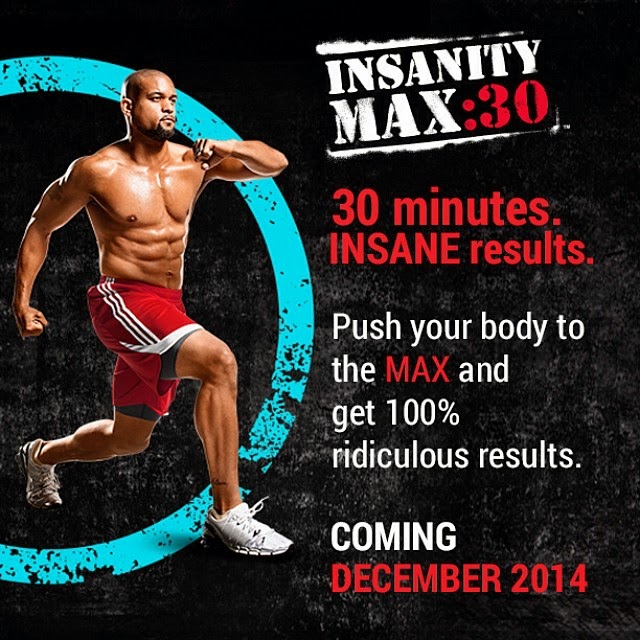 Next week I'll be down to the single digits for number of weeks left - crazy!!!