This past Saturday I hit the 18 week mark in this pregnancy. 18 weeks?!  How is that even possible?  I thought it was about time I started keeping a record of what is happening throughout these weeks leading up to nugget's arrival (apparently my older sister hates that nickname - she says it reminds her of a chicken nugget.  I have no intention of slathering my child in ketchup, however, so I am going to keep using nugget until we know the real name!)  Knowing the real name won't be for quite a while, though.  Jake and I have decided to not find out the gender until the baby arrives - we're leaving it a surprise!

I know, I know, this is absolutely a CRAZY thought to some people!  I would say about half the people who have heard we're keeping it a surprise looked at us with faces halfway between a grimace and shock - and then kind of smiled and said "oh okay".  We understand this will limit our pink princess or blue monster truck nursery, but truth be told Jake and I wouldn't likely go that route anyway.  We plan to have the same nursery for multiple children down the road, so we'll probably stick to being pretty gender-neutral. 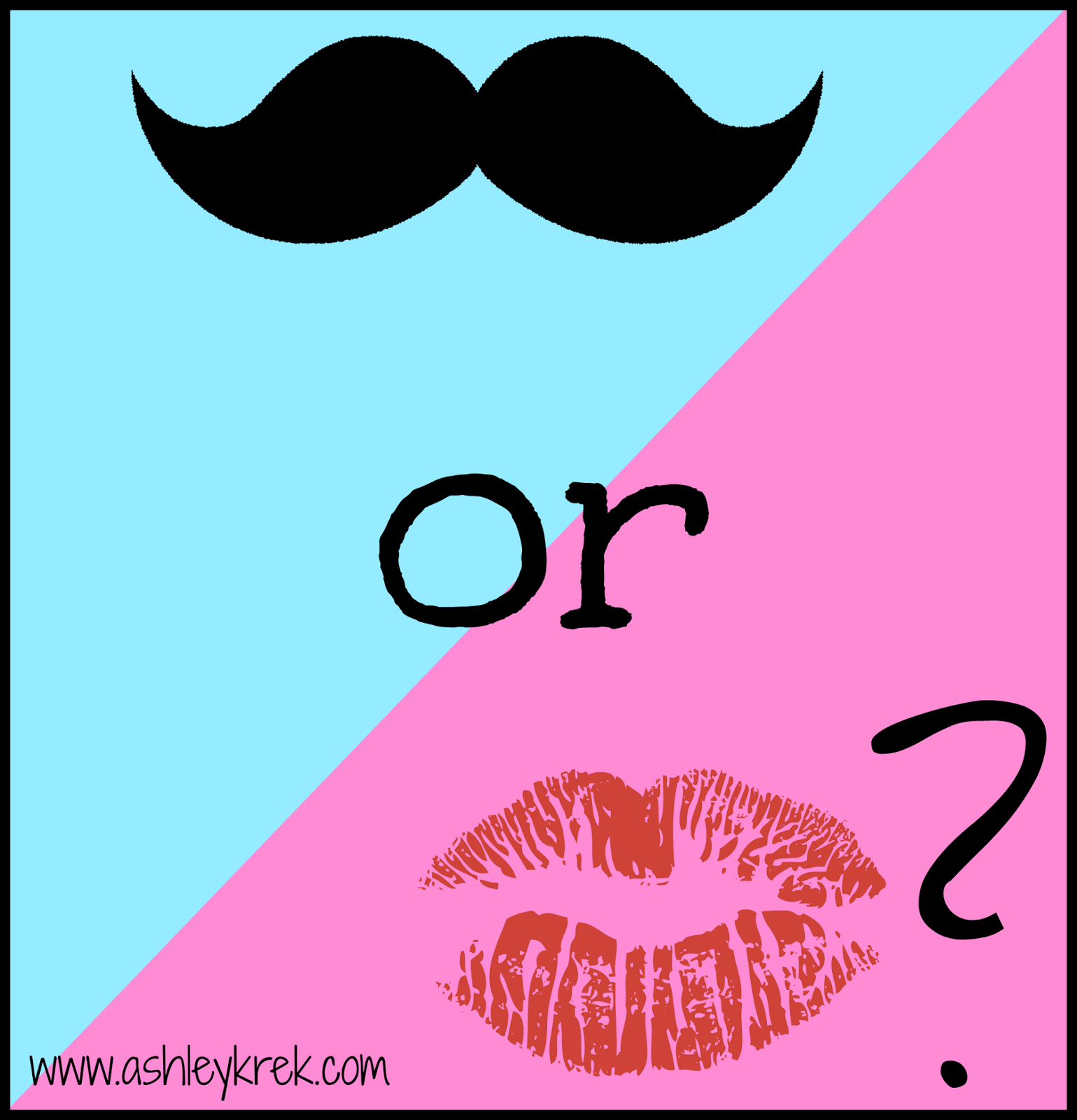 The first 16 weeks of being pregnant was, I fully admit, pretty miserable.  I was getting sick pretty much every morning - and then all day as well.  There were a couple insurance snafus which led to me not having enough anti-nausea to be able to take one even once a day, so this made it difficult to really start feeling healthy and good!  Over the last couple weeks, however, we have figured out insurance and I can now take the anti-nausea whenever I need to (but only up to three times a day - don't worry, I'm not popping pills every hour!)  My stress level has definitely gone down because of this and, I'm sure this is part of the reason why I have been feeling much better lately!  I still have a day here or there where I'd love to just be able to camp out on the couch because of feeling ill, but they are much fewer and far between than before - and this makes me happy! I was also given the all clear to start incorporating Shakeology back into my everyday routing and this has been SO wonderful.  I was missing my shake for all those weeks when I couldn't have it - but now I'm back on track and feeling better!  The first doctor I saw recommended that I not continue to drink Shakeology as it hasn't been officially tested on pregnant ladies.  When I switched to a new ob I thought I should at least get his opinion on the shakes.  I felt confident that I could drink them but wanted to listen to my doctor's recommendation.  I will never forget how he took the packet, read the ingredients and honestly laughed out loud!  He said "Of COURSE you can drink this!  Did your old doctor look at what is in here?  This is incredibly healthy and good for you!" (This is only my experience; if you are pregnant and would like to try Shakeology I would definitely recommend you speak to your doctor about it first!) I thought I had been comfortable with not drinking my shakes, but when we left that appointment I was absolutely smiling from ear to ear - I was so excited to go home and have a shake again!  (I do have to mention here - because I went for so many weeks without drinking any shakes, I have a large supply of packets at home!  I would love to be able to share these with you - please email me at ashleykrek@gmail.com if you're interested in trying out Shakeology!) 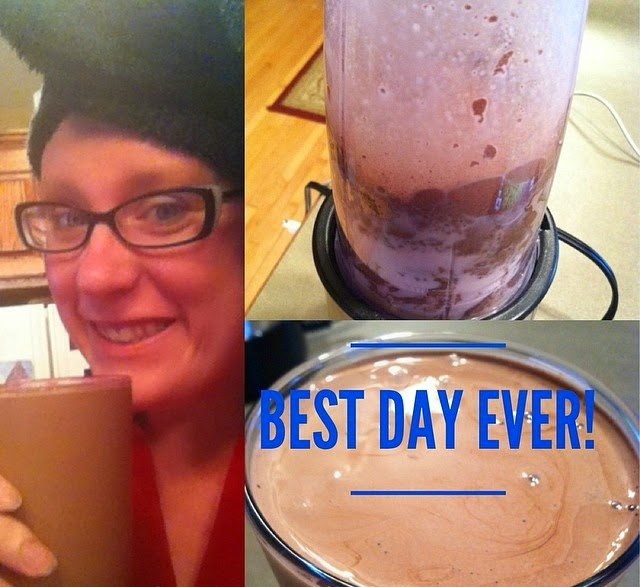 Up to this point I have gained a whopping total of 4 pounds.  I think getting so sick in the beginning made gaining much weight nearly impossible; finally in the past couple weeks I have started to put on a bit.  My goal for this pregnancy is to just continue to be healthy and have a healthy baby at the end, of course!  I have read about people who are pregnant and will sit down and eat an entire tub of ice cream or half a chocolate cake - I'm not judging them but that is definitely not how I see my pregnancy going!  That is definitely not healthy whether you're pregnant or not, but it is bad for two people if you are pregnant!

I put off on exercising when I was so sick for a couple reasons:
1) The thought of moving more than I had to made me sick to my stomach - working out was just not in the cards.
2) I was still going to work as often as possible (though I will admit I spent quite a few mornings on the couch and didn't make it into work until lunchtime when I started to feel a little bit better).  After going to work I was so exhausted everyday I would normally fall asleep on the couch before Jake even got home from the farm at 630 or so.  Even staying up that long was a struggle!  He was an incredible help, though, and made dinner every night - whether I could eat it or not!
3) The fact that I was losing weight already made me feel uncomfortable about working out.  I didn't want to lose 20 pounds in the first trimester but I'm afraid I might have if I had been able to stick with a workout routine!

So for those 3 reasons I didn't work out in the beginning.  Now that I have started to feel better, have energy and gain a bit of weight I am back in the swing of things and have started working out again!  I am doing the Piyo program by Chalene Johnson.  This is an incredible workout because it's low-impact (no jumps!) and focuses on stretching and flexibility.  The name comes from Pilates and Yoga, though it is more than just a mix of those two disciplines.  I love that there is a modifier for every single move - and you can see her for every single move!  Sometimes workouts will have a modifier that is continually off-screen; it doesn't do you any good to not be able to see what they're doing though!  With this workout during pregnancy I am focusing on just doing my best and really using it as a time to relax, breathe and just get in touch with how my body is feeling each day.  I am not jumping or doing crazy things, and I am modifying anywhere I need to.  No shame in that! 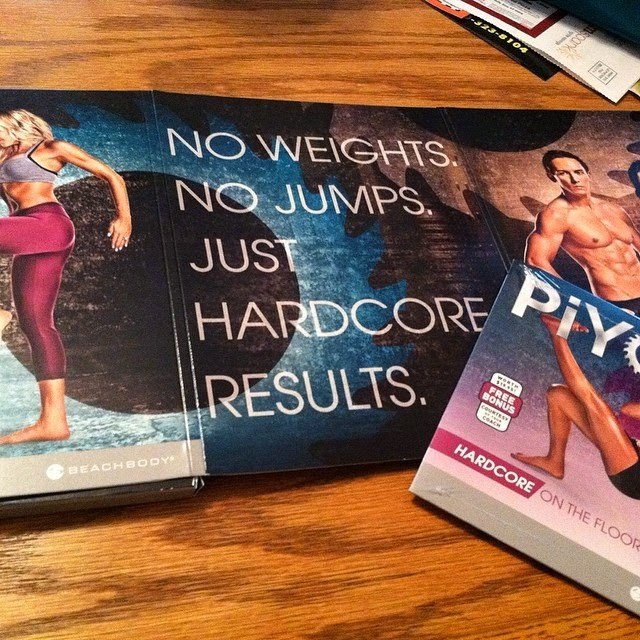 When I first found out I was pregnant I was weighing in at 185 point something.  Today I am 189 point something.  This means I have gained about four pounds, but to me it looks like it has all centered right in my stomach area!  I suppose that is the place it is needed the most :)  My arms look the smallest the ever have and I haven't noticed weight gain in my face or legs, either.  I had good intentions of taking baby bump pictures absolutely every week so I could track my bump's progress but I haven't quite made good on that.  So I am changing that starting this week!  Here I am today!

Sickness: Little currently, though there are still bad days.

Cravings: Very few - none that are the over-powering insane cravings I hear some people talk about!

Food Aversions: Around month 2 I couldn't handle the thought of looking at yogurt, but that has gone away now!

Clothing fittings: I officially hate pants.  I have never been a fan of dress slacks, but now I really don't like them.  I am wearing dresses absolutely every day I possibly can at work, and when I'm at home I am likely to be found in pajama shorts.

Sleep: Sleeping has become the biggest struggle lately.  I have read that I should avoid sleeping on my back, but this is my natural go-to sleeping spot.  So I am trying to sleep on my side as much as possible - I don't know how people do this every night!  I wake up several times each night because the arm I'm sleeping on is sore, so I switch to the other side.  Often, this movement tells me that I also have to run to the bathroom - so let's just say that sleeping straight through for several hours is a rare occurrence!

Movement: None yet, though I'm not expecting any for another couple weeks!  Sometimes I'll feel awkward in my belly (strange, I know, but I'm not sure how else to describe it) and I wonder if that is the beginning of the 'butterflies' people mention.  I have no idea!

Emotions:  I think I have been pretty normal lately, though Jake might disagree.  Jake is raising beef cattle on the family farm, and last week the first animal went to the butcher.  Now I am not a vegetarian but for some reason this had me in hysterics on the couch! Bawling, sobbing, whatever you want to call it, that was me.  I was SO sad that this animal had to leave his friends and was going to miss out on the sun and their afternoons together.  Jake was able to calm me down but oh buddy that was an emotional ride!  I'll blame that one on the hormones :)

Workouts: As I mentioned before, I am doing Piyo and loving it, though I have to do a lot of the modified moves!

I do not know if that calculator really works or not but I had used baby gender calculator for planning and it did work. We were really surprised.

Thanks for the entire information you have given here to impart knowledge amongst us?Dr. James M. Larner