Why I Got Started with Beachbody

A couple days ago I shared on Facebook that I’ve hit two major milestones in my weight-loss and healthy-living journey: 50 pounds lost AND being under 200 pounds for the first time in at least five years.  These have both been huge goals for me, and it's awesome to finally say that I have hit them!  I wanted to share some of my story about how I got started - so here we go! 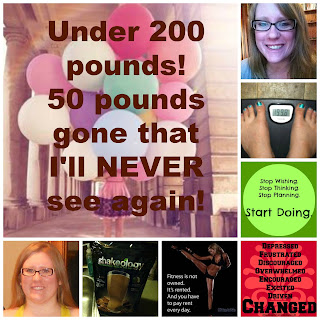 In January when I stepped on the scale I had hit 249 pounds.  That was, to me, a huge number.  A scary number.  A number that told me I had clearly fallen off track somewhere and I was not taking care of myself the way that I should be.  I knew that I needed to change, and I decided right then and there that I wasn’t going to take no for an answer and I wasn’t going to let myself get in my own way anymore.

Anyone who has tried to lose weight or just live healthier knows how difficult it seems.  The fitness world seems overwhelming and the grocery story is full of boobie traps.   It’s scary to change and it’s embarrassing to admit that we want to.  Believe me, I’ve felt all these things and a dozen more.  I’ve told myself I was going to “try to lose weight” before and it never seemed to work.  Clearly, for me, it wasn’t enough to “try” to lose weight.  I had hit my highest weight ever by “trying”.  I needed to change my mindset and my lifestyle.  I wasn’t going to try anymore.  I was done trying.  I was going to DO.  I wasn’t planning an attempt; I wasn’t planning an experiment in weight loss.  I planned SUCCESS. 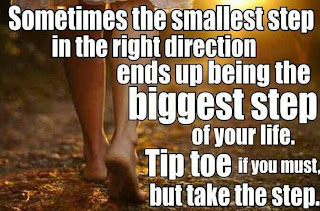 Somewhere along the way, it started working.  I was doing Insanity and I was watching what I ate.  I felt miserable every time I put on my workout clothes – even in the privacy of my own home I wore an oversized t-shirt over my workout clothes because I didn’t want to see the flab (that at this point was, truthfully, much more than flab.)  During the course of each workout, though, I got in a better mood.  I would watch what Shaun T was doing and I’d see Tania with her perfect form and I’d just giggle.  I would laugh because of how ridiculous the workouts were.  The time would come to do basketball drills and I just knew that I could never actually do them.  They were impossible.  But I decided to do the impossible.  Even if I could only do one basketball drill, even if I was making a puddle of sweat on the floor, even if I was red in the face and short of breath, I was going to do it.  And I did.  For many days, I did just one.  Doing just one of the more intense exercises was enough to get me sweating and losing weight though, so I kept pushing.

Then, slowly, one became two.  Two became four and once I hit the upward trend, the impossible became the possible.  I was doing it – I was finishing the dvds and I was pushing play again the next day.  I’d workout before my husband and I went out with friends; some days I would work out at 10 at night.  It didn’t matter when it was.  The only thing I cared about was that I did it. 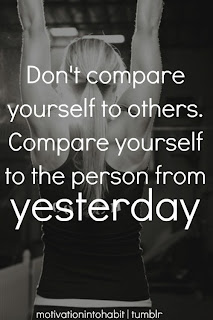 A couple weeks after starting Insanity, I was Googling women’s Insanity transformations (I wanted to know what I had to look forward to!!) and I found my coach’s blog.  I think I went to her blog 15 times before I finally built up the nerve to write to her - it was one thing to be losing weight and talking to my husband about it, but it was another thing completely to admit to someone I had never met that I wanted help.  When I wrote to her I had lost about 15 pounds but I had been stuck on a plateau for a couple weeks.  I couldn't seem to budge below 235 so I knew I needed to do something else to really kick it into high gear so I could keep seeing results.  We emailed back and forth a little bit, and she eventually asked if I'd like to be a part of her upcoming Challenge Group.  I said yes.  And that, I suppose is another story to tell - so that'll be coming soon!!
Posted by Unknown at 1:16 PM
Labels: Beachbody, Goal of 70

I love this story Ashley! You are so brave to tell it too, it can be difficult to discuss sometimes. You are an inspiration! So glad to see you working hard and hitting your milestones. I need to get back on Insanity STAT!