5 Weeks Down - Including a Bachelorette Party!

I'm SO excited to share that I made it through five weeks without any alcohol!  I wouldn't say that I was exactly nervous about this past weekend, but I was a bit more apprehensive about it than I have been for the previous four.  The reason? 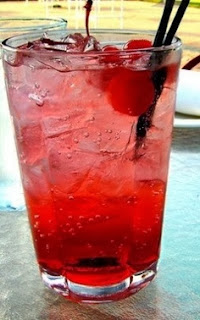 The party started at Buffalo Wild Wings, continued on to two bars in Mankato, eventually made its way back to Le Sueur and then I hosted the after-bar party until 5 am.

Without one drop of liquor (I had water and one shirley temple throughout the night).

My thoughts on a bachelorette party without liquor?

The only problem I did have?  Without liquor, I completely forgot to take pictures!  When I drink I have a tendency to take pictures of everyone, with everyone and of everything.  There is ALWAYS photo documentation of the night.  Last night?  Nothing.  Not one picture.

So here are a couple pictures from my bachelorette party last year - just add different people, take away 50 pounds and replace my black dress with a pink dress and you'll have perfect replicates of pictures that weren't taken last night :) 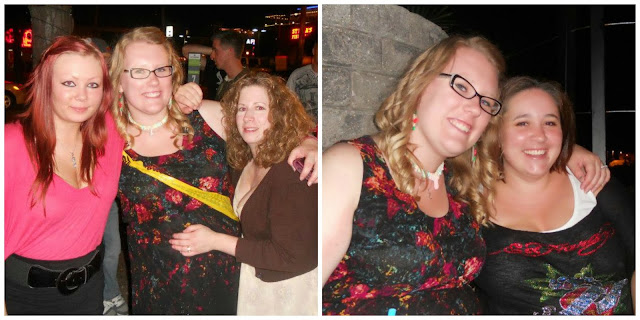 The rest of the week it was super simple to not drink.  At book club I had my water bottle with me and I didn't really have any reason to want to drink during the week so it passed by without a hitch!

My top three things I've already taken away from not drinking?

1) Cheaper!!!
2) Not having mornings-after feeling like crap.
3) Not having to deal with trying to arrange a sober cab.

What do you think would be the best part about not drinking?

Posted by Unknown at 5:00 PM
Labels: No Alcohol