When I got home from work today I saw an article on the front page of Yahoo about a man who created a realistic image of a Barbie doll.  He took the Barbie doll that we all know and scaled her to the sizes of an average woman - not the idealized and unattainable image of beauty that is Barbie.

It got me thinking about self-image, beauty and the impact toys and the media can have on us as humans.  I don't think Barbie's influence is only on girls and women; I firmly believe that boys are also influenced - not only by Barbie, but by GI Joe and other action figures they play with.

I understand why companies make figures that are unrealistic.  It's the same reason models and movie stars are, for the most part, absolutely gorgeous with perfect hair, lips and a perfectly toned body.  It's what we wish we looked like and because of that we're more likely to pay for the magazine with their face on the cover or buy the clothing they've been wearing around town.  (I blame the Ugg craze on this, as well.  Because really, I see no other explanation for that one.)

When I looked at the pictures of the real Barbie with his Barbie, though, I realized - I like his Barbie's body better!  She's just as pretty, just as in shape, but she looks like somebody I could know - not somebody with a body that's completely unrealistic and unhealthy.

I spend a lot of my time lately talking, thinking and learning about health & fitness, and I think Barbie 2.0 is a much better role model for young girls than the original.  Now if only we could get Mattel to make one like her.

What do you think? 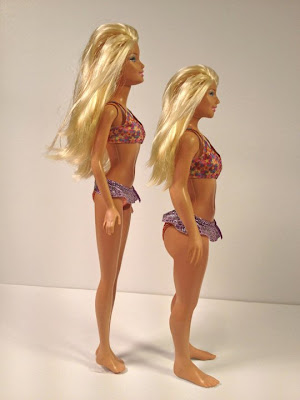 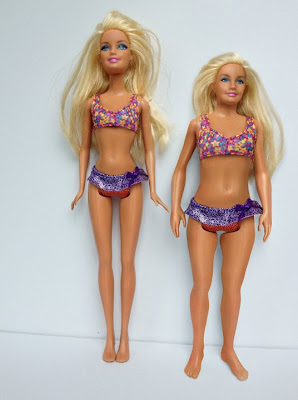 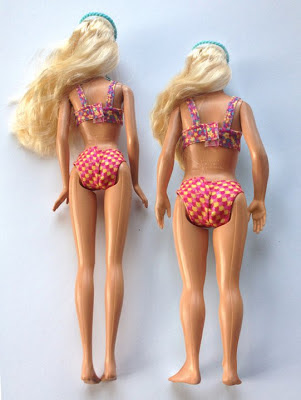