This weekend was another jam-packed busy weekend for us, but it was so great!  It was nice to be able to reconnect with friends and other people I haven't seen in much too long, and it was such a blessing to celebrate the wedding of some friends!

I'm still a bit tired and the laundry hasn't been folded yet, but I'm grateful for the weekend :)

On Friday I did something I haven't done before - I worked out in the morning!  It was GREAT to be able to get my workout in so I didn't have to worry about doing it Friday night or missing it completely.  Nice to know that I can be dedicated enough to wake up early and do it!

Friday after work, then, two of my friends from home came to our house to go to the rodeo in a neighboring town.  Since apparently Minnesota doesn't yet know that it's springtime it was really cold and muddy, but it was still a fun time.  I drank vodka for the first time in a while on Friday night... and I woke up still drunk on Saturday morning.  Which is so much better than waking up hung-over, but it definitely made for some laughs while I attempted to make waffles on Saturday morning!! 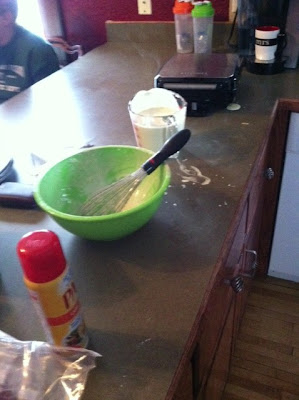 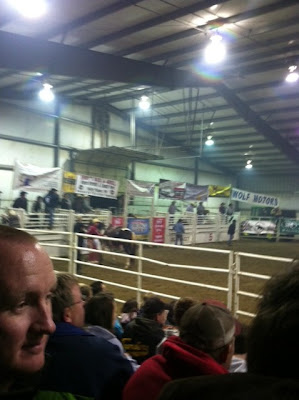 Then Saturday morning as everyone else recovered from their hangovers we headed to Jake's college roommate's wedding.  The ceremony was beautiful and the reception was a lot of fun!  The reception was in a hotel, and Jake and another former roommate had fun piling stuff along the top of the wall.  They're very mature, those two :) 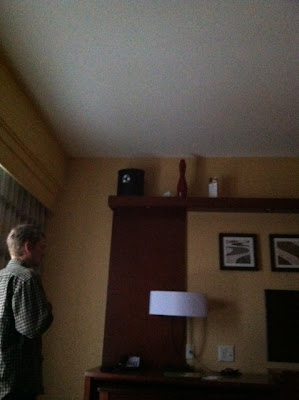 I have never been to a reception that lasted until 2 am at a hotel - they've always ended at midnight!  So this was a long, fun night!  I skipped out on the drinking, but it was still a great time getting to dance and meet new people! 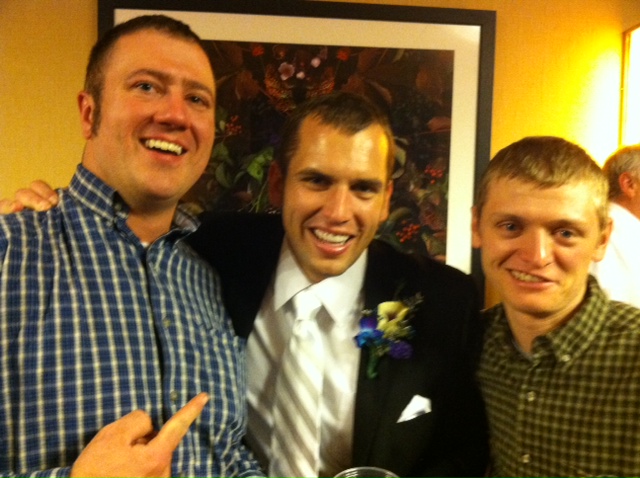 How was your weekend?!