3 years of memories, a lifetime to come

A couple days ago my nephew Nicholas turned the ripe old age of three years old.
Yep, only a couple more years and he’ll be driving a car, taking grappa shots with us at Christmas and rolling his eyes along with the rest of the family at my dumb jokes.
Well, I guess all of that’s a couple more than a couple years away- and hopefully the eye-rolling never starts J  (though if I’m being honest, which I always am, of course, he’ll probably start rolling his eyes before he drives or takes grappa shots).
I have had so much fun watching him grow up over the past three years and have made so many memories that are absolutely precious to me.  I’d like to believe that he’ll remember them too, but I don’t have many memories of my first three years here, and I doubt he will either.
So, I’ll keep the memories near to my heart and share them with him when he gets older (at least old enough to roll his eyes- because what’s the point of sharing memories if no one rolls their eyes at you as you do so?!)
In no particular order, here are some of my favorite things from Nicholas’ first three years here!
Holding him for the first time- that thick mop of dark dark hair won me over from the very beginning!  I always KNEW he was going to be a boy, even though a lot of people started out thinking he’d actually be a she.  Boy were they wrong :) 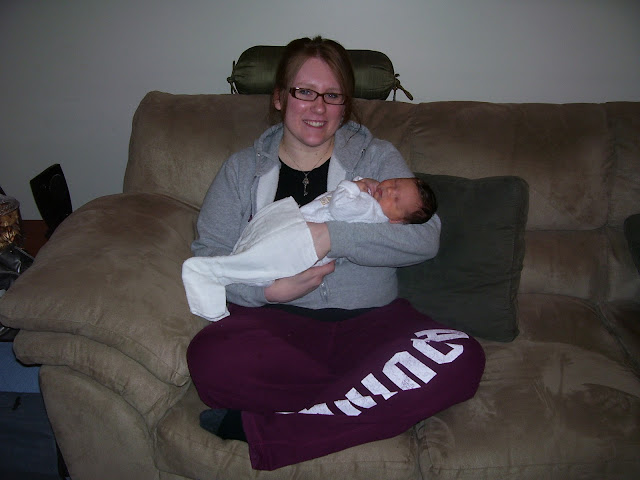 Teaching him to be bi-lingual.  Okay, this only lasted for the first couple of months, but I always spoke to baby Nicholas in French when he was just a wee little thing- and maybe I’ll have to start up again so when he gets older we can make jokes about the rest of the family without them knowing ;) 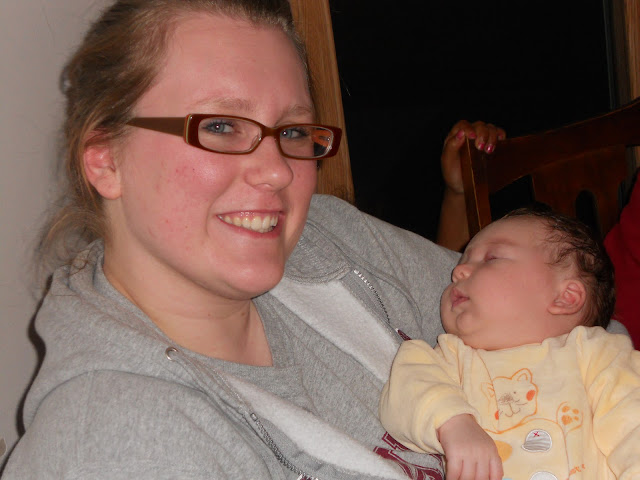 Jake has always had a special bond with Nicholas- and it started before Nicholas could even talk!  If Jake were anywhere in the room when Nicholas was there he. Just. Stared.  I think he had never seen anything quite like Jake before, because he just could not take his eyes off him!  I got some great pictures from all this bonding time!  Along with this, the fact that whenever I see Nicholas I get a big hug and he asks me where Uncle Jake is! 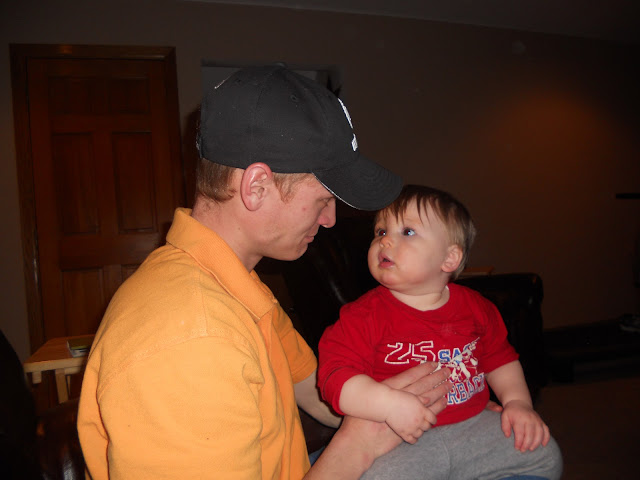 The time this winter when Nicholas and his parents came to our house and went to visit the cows at the farm- and Nicholas told us later than night that he was a “big pooping cow!” Absolutely precious! 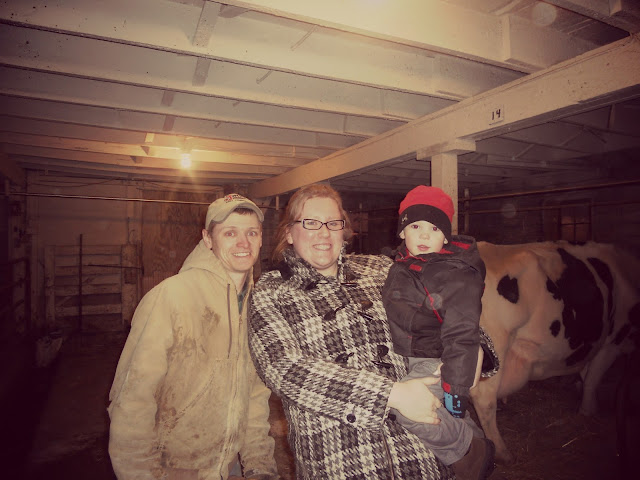 Last Christmas, after Jake surprised me at my parent’s on Christmas Eve, Nicholas walked over to me and said “Ashley, your friend Jake is here.”  He’s a big fan of Uncle Jake, but isn’t quite sure what the whole marriage thing means yet- but it made for an adorable quote! 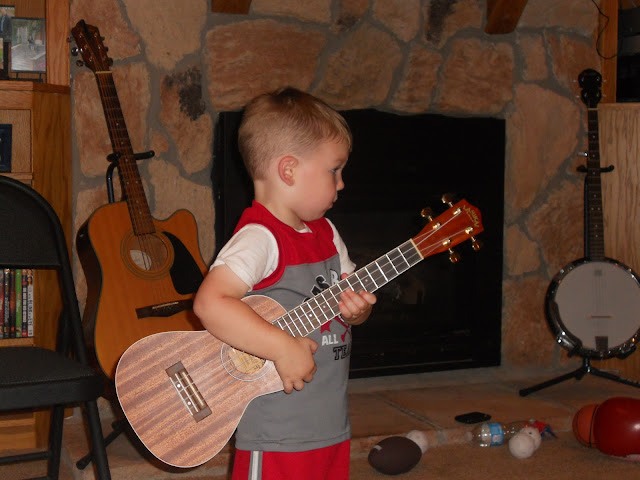 And, of course, every giggle, conversation, hug, tickle fest and game we've played has made it's way into my heart.

Posted by Unknown at 8:42 AM
Labels: Family

what a funny, sweet, adorable nephew you have! Glad that you and Jake are able to share such a bond with him. Happy birthday to Nicholas =)